Cook Up A Solution 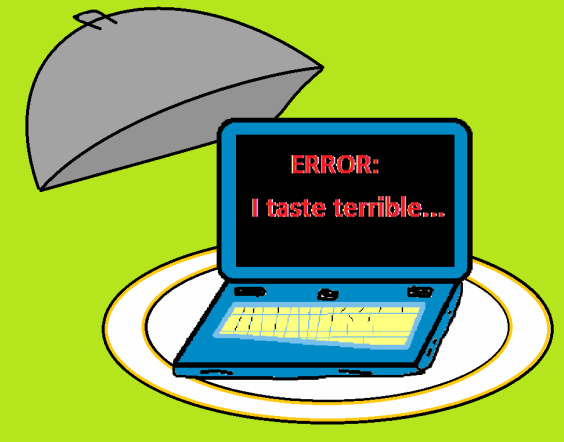 Because it’s hard to break a habit, even though I don’t really have much of a blog post for this week I do have a little thought I wanted to share.

So, if you’ve watched any TV in Australia lately, you’ll have probably noticed the number of cooking shows that are on. They seem to be everywhere. They’ve become something everyone seems to know about, and can relate to. And so I’d like to harness that for a moment if I may, so I can better convey to you what it’s like to work in IT Support.

Anyone whose seen one of these reality cooking shows, particularly Masterchef, will know the different types of challenges that they have, one of which is the ‘service’ or ‘restaurant’ challenge. This is where the contestants have to run a restaurant, dealing with producing orders as they come in. In some cases, contestants also have to play waiter to the customers, and take their orders and reason with them over any delays etc. Having watched a few of these challenges, I propose that working in IT Support is like working in a restaurant.

Imagine this: you’re a chef at a restaurant. You come in early in the day to start preparing for later when you know it’ll get busy. It’s still a while before lunchtime, but you’ve got things prepared enough and it’s time to open. There are waiters and other chefs around now, but you’re all more or less just waiting for customers. In the few hours before lunch a handful of people come in, just enough to keep you all doing things. They never order very much and you’ve got all the current orders sorted before any others turn up. As it gets closer to lunch the flow of people coming in grows, and there’s less and less time for you to break between orders. Then you start getting people ordering larger meals; these people aren’t here for a snack anymore. They’re here for lunch! Before you know it, you look up and there’s, like, twenty orders waiting there for you to cook up, and you haven’t even started on one of them. All the other chefs are in the middle of orders of their own, and all the waiters are either taking more orders or trying to reconcile the people who feel they’ve been waiting too long. You don’t even have time to think anymore. You simply have to work on instinct. You go into super-automatic overdrive. You’re flipping things here, and chopping things there, pulling things out of ovens with your bare hands, throwing salt at things…It’s crazy, but it’s all working. And as quickly as it seemed to heat up, it’s over. Everyone’s gone. Their lunch hour is up, and they all just seem to scurry off, their bellies filled to the brim with your handiwork. And it’s quiet again. There’s hardly anyone around. You can just relax for now. Until dinner……!

So, did you like my little story? I was thinking of my IT Support job from last year the whole time. You see, that’s more or less what it’s like. Of course, we’re not cooking food, but if you swap the food for the advice and fixes that we’re applying to people’s devices, then I think it translates pretty well. The size of the food correlates to the difficulty of the issues, and because we don’t have anyone to act like the waiters in our situation, we have to do their sorts of jobs too, dealing with disgruntle people who are unhappy with the way things are or the way you go about fixing them. Not every day happened exactly that way, but some day certainly felt it, and you always had to be ready just in case it was going to be one of those days.

In the end though, it’s a very satisfying feeling to know that you’ve been able to help a bunch of people and solve that many problems. It’s why I like what I did last year, and why I’d want to do that sort of thing again. There’s nothing quite like the thanks and praise you get from a technophobe after you’ve been able to solve their fairly simple, but seemingly massive problem. It’s certainly better than the arrogant huff you get when you solve a complex problem for a conceited fool.

Anyway, that’s just something I’d been meaning to share with you for a while. If you’ve got something you’d like to share with me, you can go ahead an write it in the comments below. Or you could leave it on my Facebook page, or  drop me a line using the contact page above. Any way you want, I’ll be happy to hear from you.